In the 1970s the cult of virtuoso throwing and kiln technology which dominated the studio pottery movement came into question. The new generation preferred art ideas rather than craft ideals. In this decade the Royal College of Art produced a number of women ceramicists who were also promoted by the newly founded Crafts Council. 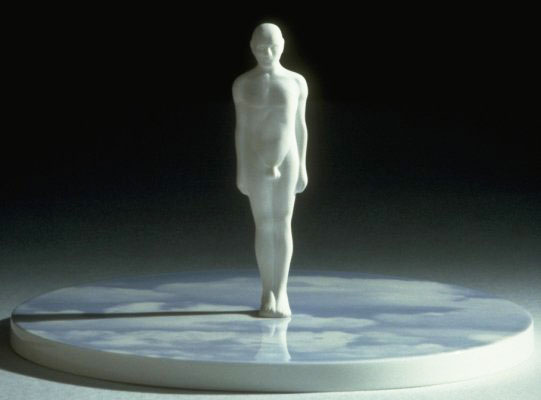 Glenys Barton worked in slip-cast porcelain with printed imagery; Jacqueline Poncelet in porcelain and later in sculptural form; Elizabeth Fritsch in handbuilt grouped arrangements with strange un-ceramic colours and illusionistic decoration; Alison Britton is noted for postmodern vessel forms with bold painterly surfaces; and Carol McNicoll who uses clay in ways that suggest textile but are in fact slipcast.