View in collection She was born in Kwali, in the Gwari region of Northern Nigeria, which is known as a pottery village. The women of the village make traditional coiled pots, which she learnt to make as a child. The pots are essentially functional, made for use as large water jars, jugs and cooking pots. They are intricately decorated with incised geometric and stylised figurative patterns. Her pots were noted for their beauty of form and decoration and it was in the Emir of Abuja's home that Michael Cardew first saw them (1950). She joined Cardew's Pottery Training Centre at Abuja as the only woman potter (1954) and learnt to use a potter's wheel. She made dishes, bowls and beakers with sgraffito decoration but also continued to produce pots using her traditional handbuilding and decorating techniques. As most of these were glazed and fired in a stoneware kiln they are an interesting hybrid form. They are undoubtedly the work for which she is best known and they were a great asset to the publicity and marketing of Abuja pottery outside Africa. In the late 1950s and early 1960s her work was shown to much acclaim in London at the Berkeley Galleries. She visited England where she demonstrated her handbuilding methods and became something of a celebrity in the pottery world (1962). She was awarded an MBE (1963) and toured in America and Canada in the early 1970s with Michael Cardew. 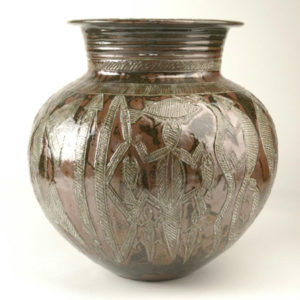 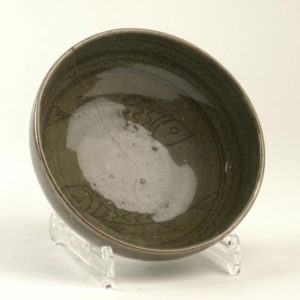 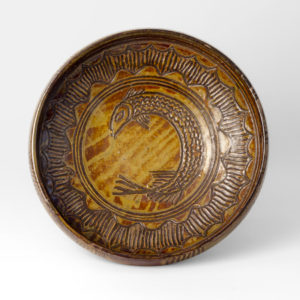 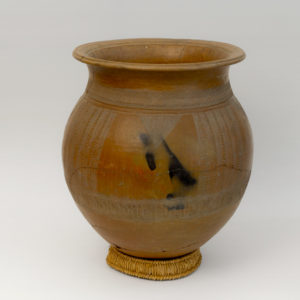 Large storage jar
We use cookies to ensure that we give you the best experience on our website. If you continue to use this site we will assume that you are happy with it.Ok