View in collection Helga Gamboa was born in Angola where she first studied ceramics.  In 1975 the country gained independence from Portugal and in 1978, after finishing an art teaching course, she worked in community arts projects and also taught art to orphans of war.  In 1993 Helga Gamboa and her English husband settled in Bristol where she studied for both a BA and an MA in ceramics at University of the West of England.  She also studied at Aberystwyth University and her work was featured in Sankofa: Ceramic Tales from Africa, a touring exhibition at Manchester Museum and Aberyswyth.   Her work uses the processes of hand-building, burnishing, sawdust firing and finally wax polishing. These vessels are both functional and decorative.  The inspiration for her work is the Portuguese colonial and war torn history of Angola coupled with her own personal history and cultural identity with particular concern for the fragility of women and children.  Helga Gamboa has exhibited in the UK and world wide, including Angola, Russia and United States. 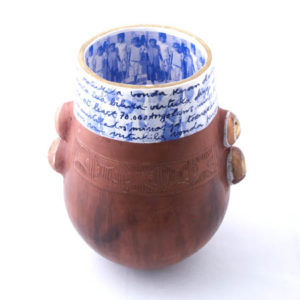 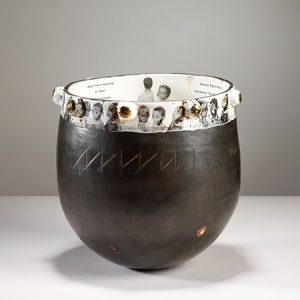 C1682
We use cookies to ensure that we give you the best experience on our website. If you continue to use this site we will assume that you are happy with it.Ok