View in collection Born in Kampala, Uganda he studied pottery for four years under Michael Gill at Kampala Technical Institute.  He then studied with  Michael Cardew at his pottery in Abuja, Nigeria in 1960/61 before returning home to establish his own pottery business-Namanve Pottery. In 1969 he spent a year in Britain visiting Peter Dick at Coxwold Pottery, Michael Cardew at Wenford Bridge, Michael Leach at Yelland Pottery, Bernard Leach at St. Ives and finally Patrick Bedward at Briglin Pottery. In 1971 he returned home to resume work at Namanve Pottery until the political situation forced him to close the business. In 1975 he travelled to Nigeria to train as a museum technician at Jos Museum. The museum had a pottery attached to it run by Clement Kofi, a former student of of Michael Cardew, whom he had worked with at Abuja where he was able to make pots. He returned to Uganda in 1976 to work as a museum technician. In the early 1990s he taught pottery to young people at the Nangabo Self Help Centre who could not complete their formal education. He worked in New Zealand in the 1990s at The Diving Creek Pottery. He had several exhibitions and also exhibited in Britain including a solo show at the Craftsmen Potters’ Shop in London. 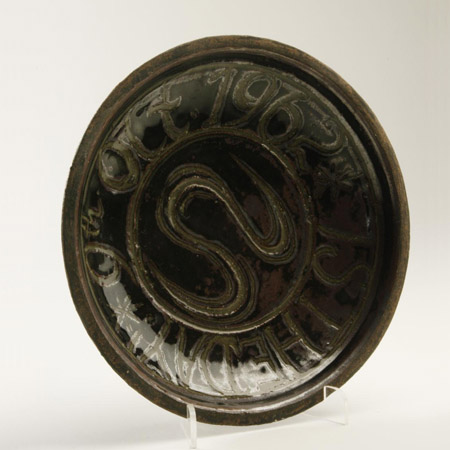 1962
We use cookies to ensure that we give you the best experience on our website. If you continue to use this site we will assume that you are happy with it.Ok